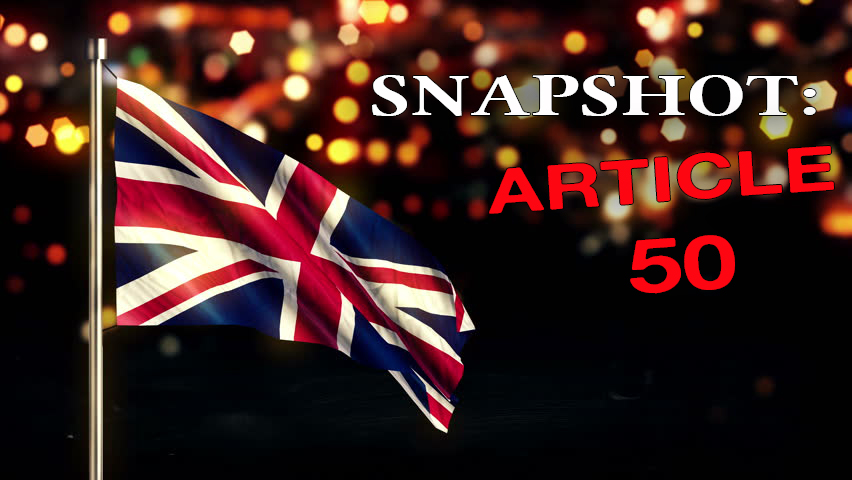 On March 29th, Theresa May triggered Article 50, firing the starting gun on the two-year departure process from the EU. Trade talks push forward, and the topic of Brexit continues to be highly polarized across media outlets. Most reports predict a bleak outlook for the future of Britain’s economy, but what do the numbers actually say?

“The economy had already proved resilient since the Brexit vote, with growth of 0.6 pc in the quarter before and quarter after the referendum,” comments Paul Hollingsworth at Capital Economics. When asked about the outlook for future growth, Hollingsworth remains optimistic; “Upbeat consumer sentiment and continued low interest rates should ensure that household spending doesn’t slow too sharply.”

Britain’s trade balance has shown signs of improvement as well, and the fall in sterling is actually expected to aide in shrinking the trade deficit overall. Politicians may swing from one tale to the next about Brexit aftermath, but numbers do not lie. Although plodding along, GDP has grown by 1.8 pc over the year, signaling that things are beginning to stabilize.

What does this all mean for the housing market and property industry? According to Nationwide’s latest House Price Index, average prices have grown by 4.5% over the last 12 months, the same rate as in 2015. This has led to the Royal Institution of Chartered Surveyors stating that the housing market has “settled down” since Brexit. For investors and owners alike, the forecast does not look like the end-of-the-world reporting that predicted falling sterling prices and a complete economic crash.

The machine of politics may change, but business does not. It’s a return to the norm across the industry in the U.K., and for now the Northern Powerhouse is “cracking on.”