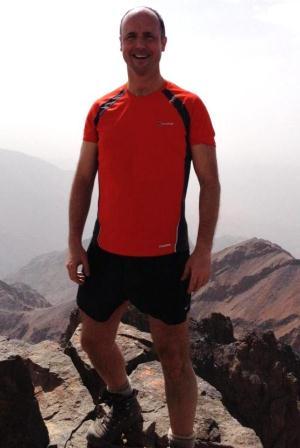 Stephen Ashworth, Chairman of North West property companies Hurstwood and Crystal, is once again at his peak for charity after scaling the highest mountain in North Africa.

Mr Ashworth completed the trek to the summit of Mount Toubkal in Morocco to raise funds for Derian House Children’s Hospice in Chorley.

This year’s trek involved a six day hike up to the summit of the mountain, altitude 4200m, three of which were spent above 3,000 m.

The team set out from Marrakech, trekking through the Atlas Mountains, to the base camp where they made their final journey to the summit. Once there they enjoyed spectacular 360 degree views across the continent.

During the trip they also spent time in a number of Berber villages scattered throughout the mountain range.

It is the second major African mountain Stephen has climbed in two years after his ascent of Kilimanjaro back in 2010. He has now climbed the highest peaks in both northern and Southern Africa.

In the past, Stephen has also completed a hike up Mount Blanc and cycling treks through India, The Canadian Rockies, The Grand Canyon and across Jordan.

These challenges, as well as other charity events and activities, have seen Stephen and the company raise well over £150,000 for Derian House and £100,000 for other charities taking his total to £250,000.