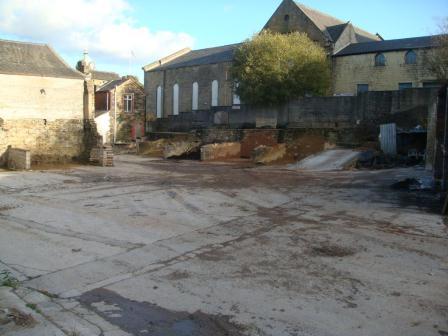 Prince Charles is set to visit Burnley’s Weavers Triangle tomorrow just a week after Hurstwood announced the availability of new industrial units in the area.

The Prince’s charity ‘The Prince Trust’ has a number of links to the town and the Prince himself has visited three times in the last four years.

On his last visit he expressed his affection for the old mills in the area and emphasised how important the upcoming regeneration of Weavers Triangle was to the town.

He said: “There aren’t many places like this left or we have allowed them to become derelict. We are wasting assets of immense significance. Don’t let us forget the value of the Weavers’ Triangle in the lives of the community. It could be the making of Burnley.”

Hurstwood’s own property in the area is an old mill on Hammerton Street, on the edge of Weavers Triangle. It is made up of two three-storey buildings that were most recently used as a builder’s yard.

Prince Charles will be at Weavers Triangle between 10am and noon tomorrow.

For more information about Hurstwood’s available units on Hammerton Street in Weavers Triangle, click here, or here, to search for other Lancashire properties to let.

This website uses cookies to improve your experience while you navigate through the website. Out of these, the cookies that are categorized as necessary are stored on your browser as they are essential for the working of basic functionalities of the website. We also use third-party cookies that help us analyze and understand how you use this website. These cookies will be stored in your browser only with your consent. You also have the option to opt-out of these cookies. But opting out of some of these cookies may affect your browsing experience.
Necessary Always Enabled

Any cookies that may not be particularly necessary for the website to function and is used specifically to collect user personal data via analytics, ads, other embedded contents are termed as non-necessary cookies. It is mandatory to procure user consent prior to running these cookies on your website.