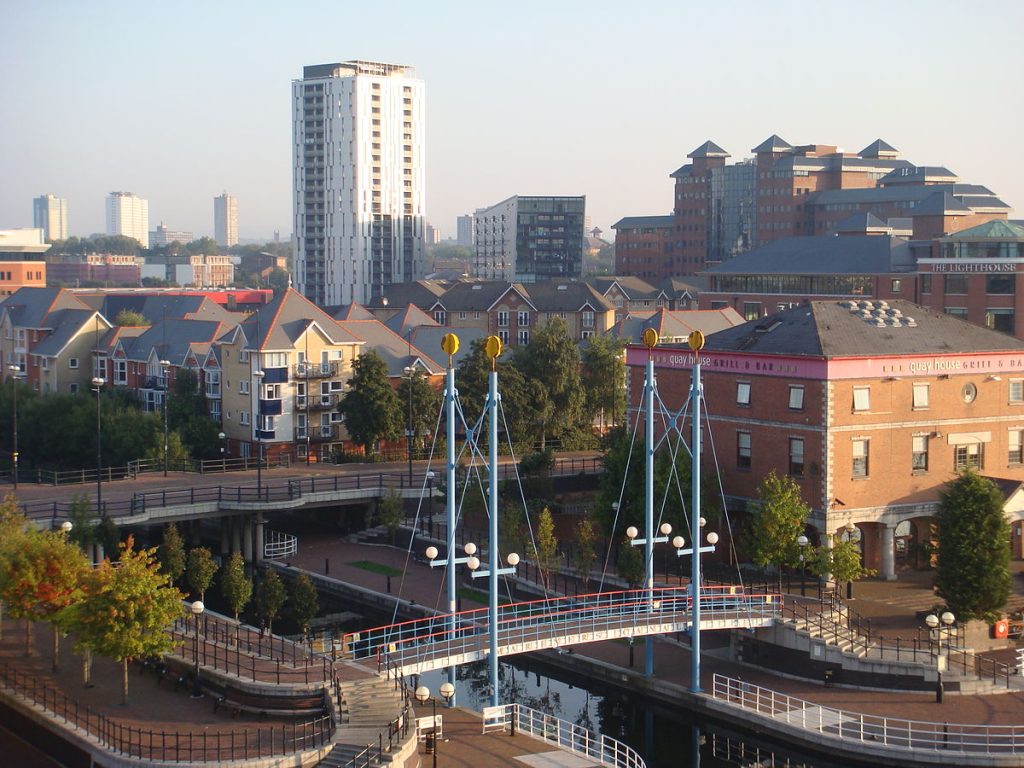 In Greater Manchester, business is booming. “Only two cities in the UK are growing in all directions: London and Manchester,” says David Thame, a freelance property writer who has kept a pulse on the city for over 20 years. The population is growing, getting younger, and household figures are on the rise. In the borough of Salford especially this marked expansion has been highly evident; but there are two sides to every story.

Yet this progress has also revealed another side to Salford’s economic underbelly. The same report shows that “12,667 children were estimated to be living in poverty in 2016 – 23 percent, or seven in a classroom of 30.” While housing prices rise and investors continue to see gains, the number of families living in debt is also climbing. In fact, Salford ranked the 38th most indebted local authority in the country.

City mayor Paul Dennett comments: “Salford is growing with significant public and private investment. We need to connect those in low income neighborhoods to new jobs being created in the city.”

And that’s the point: there will always be winners and losers in any area of business; yet economic growth across Manchester should have a positive impact upon its communities. As it stands, the changes that have bolstered local economy have not resulted in a lessening of poverty levels for Salford. It’s a trend that needs to change, and soon.

If you’re interested in getting involved, please visit: http://www.salfordpovertytruth.org.uk for further information. We are northern and proud, and the well-being of everyone in our communities matter!