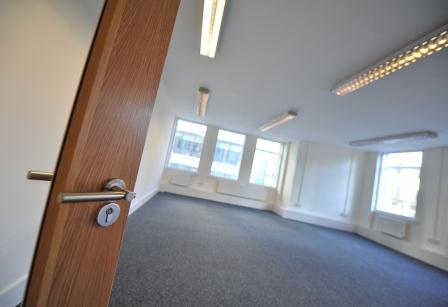 This blog post was edited on 27th September to provide an update on developments since the original posting.

When we first purchased 61 Mosley Street, our 15,000 ft² office building in Manchester city centre, we anticipated letting each of the floors, measuring between 1,650 ft² and 3,000 ft² each, to single occupiers. At the time of completion, the first floor of the building was already divided into seven separate offices, fed off a corridor, and we decided to let these separately.

We were surprised by the level of interest we received; six small suites were either let or under offer within three months of us opening the building. At this point we decided to create more small offices by sub-dividing the third floor. Since then, an additional six suites have been let or put under offer.

The general trend in 2012 for businesses wanting small offices (100-1,000 ft²) has been replicated in other towns and cities. Therefore, to satisfy this demand, we have spent a good deal of time and money converting space at some of our most important office buildings. Since September, we have announced plans to add business centres at Crown House in Worksop, Northwich Business Centre in Cheshire and Marshall House in Preston and we have already seen an increase in the number of enquiries.

At 61 Mosley Street, where we first started to see this trend, demand remains high. Subject to how our recently completed second floor business centre performs, we may make the fourth floor our next sub-division project.

In these difficult economic conditions, prospective tenants have different needs. In the short-term, costs need to be brought down but businesses also want the potential for growth should the opportunity arise. By converting more space in our office buildings to small suites to this type of accommodation, we are able to offer them that. 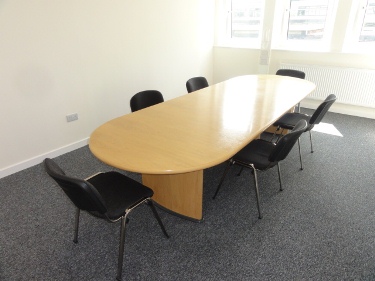 Since this blog was first published earlier this year, we have continued to find success with smaller office suites. At Northwich Business Centre, which opened its doors to tenants in February, two-thirds of the building’s office space has been let. The second floor offices were close to full occupation within weeks of the building opening and this led to the decision to sub-divide the ground and first floors as well. Suites in the building are sized from 98 ft² and have been extremely popular with 20 different tenants having signed-up so far.

We are also still converting larger suites in our offices building. The most recent projects have been completed at Ribble House in Bamber Bridge and at Hurstdale House in Rawtenstall. Twelve new offices have been created at Hurstdale House, ranging in size from 70 ft² to 435 ft². At Ribble House, the first floor office has been subdivided to create a wider range of office suites. At both buildings, the first of the new suites have already been let and the level of enquiries for the others is good.